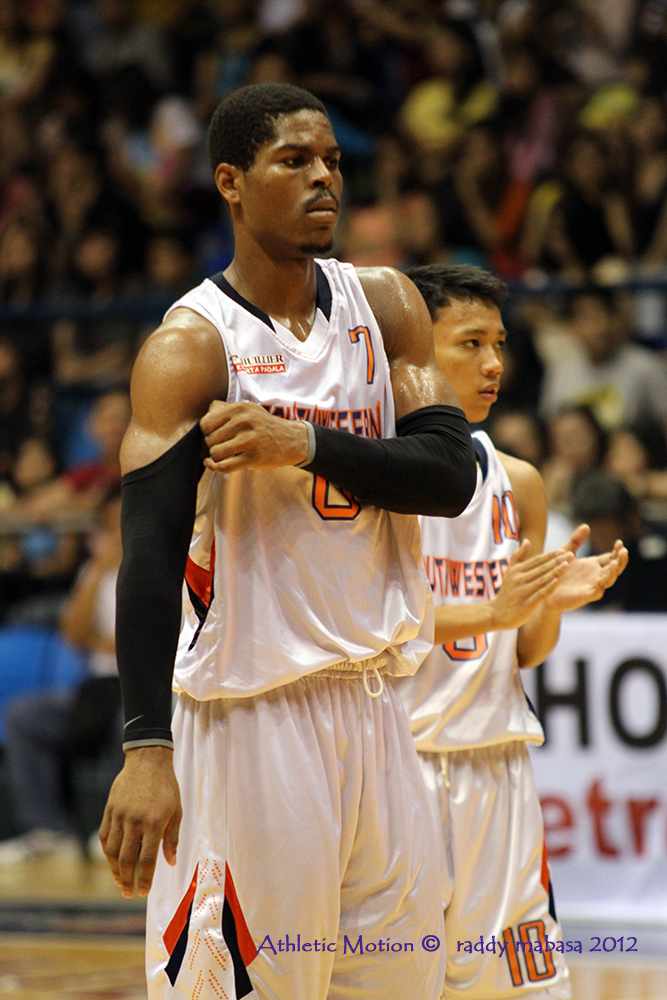 If the Green Archers are to remain competitive and contend for championships in the coming years, they would be needing a big and imposing presence in the middle. It looks like they have already found the man to assume that role.

Benoit Mbala, the 6’7, 17-year old Cameroonian rookie center from Southwestern University, Cebu is set to transfer to De La Salle University and will play in UAAP Season 77 for the Archers after doing residency next school year.

He made waves during the PCCL last November, averaging 27 points, 10 rebounds and 3 blocks, including a 41-point performance against UST in the semis.

Mbala was also a former MVP of the Basketball Without Borders camp.

To know more about Ben Mbala, here’s an excerpt of an interview article on him posted last December.

Raddy Mabasa: Hi Ben, thanks a lot for letting me get a chance to ask you some questions. First off, watching you play, I thought that you had played college ball for some time now. How old are you?

Benoit Mbala: Well, first of all my full name is Benoit Mbala Mendzana and I am 17 years old.

RM: Where were you born? Did you come from a large family?
BM: I am Cameroonian and I am from Yaounde, the capital. I come from a family of 5 children and I am the youngest.

RM: That should make opposing centers’ life more difficult considering you can easily out-reach and out-push most of them. Tell me, how did you find yourself in the Philippines.
BM: Moustapha Arafat who is now suiting up for UE is a very close friend of mine. We played in Basketball Without Borders* together and when he came over to the Philippines he convinced me to come over as well because according to him this is a great basketball country. I arrived here when i was still 16 years of age. I tell you, it was very hard for my family to let me go because I was the youngest and I had plans of going to the United States after the BWB camp.

RM: I’m sure there were a lot of other good players with you in that camp. How did you do compared to the others?
BM: I managed to be MVP of the camp, that is why I was supposed to go to the US after the camp ended.

RM: Wow, you chose the Philippines over the US! How did you get started with basketball?
BM: I used to play soccer but I started to grow taller really fast and when I turned 12 I started to play basketball and fell in love with the sport. My mum bought me a personal court so i could practice anytime I wanted. A friend of my brother also saw my height and introduced me to a team.

RM: Why didn’t you come to Manila? Why Cebu?
BM: Because the one who first contacted me was SWU Coach Yayoy Alcoseba and he asked me to play for his team.

RM: Speaking of Coach Alcoseba, how would you describe him?

BM: Coach Yayoy is more than a coach to me. He is more like a father. He is also a friend and teacher who guides me as well outside of the court.

RM: What course are you enrolled in?
BM: I am taking up Accounting.

RM: Did you ever stop playing soccer?
BM: I still play soccer because it is the national sport in Cameroon.